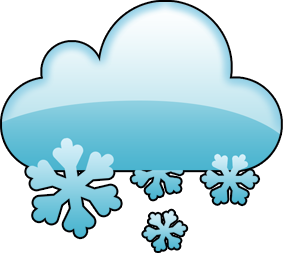 All Kennesaw State Campuses will delay opening until 10:00am tomorrow, February 21.  Classes and activities tonight remain as schedule.  Stay safe on the roads!  https://www.kennesaw.edu/advisories/

Dr. Adam Kaplan, together with a team of faculty from Surveying and Mapping, Civil Engineering and Construction Management programs, initiated a research project on Rubble-Houses and conducted a full-scale static load testing on a rubble house on the campus.

News coverage during the construction stage.

News coverage on the day of static load testing.

A typical CMU wall being tested with a 120 lbs
concrete battering ram.

A rubble-wall being tested with a 120 lbs
concrete battering ram.

In January 2010, a devastating earthquake destroyed several concrete and masonry structures, killed more than 200,000 people, and left thousands of families homeless in Haiti. As part of the relief work, replacement homes have been built by U.S. non-profit organizations in areas severely hit by the earthquake. Considering the vast availability of post-earthquake rubble, the idea of a house built with walls comprised of welded wire baskets filled with loose rubble emerged as an inexpensive and immediate solution for the poor. Georgia-based Conscience International, Inc. (CI) used a unique construction technique and has built more than 70 rubble houses over the last two years. In August 2011, KSU and CI initiated a preliminary research effort to evaluate the current construction method and seismic resistance of rubble houses. The project started under the limited sponsorship of both KSU and CI, and largely depended on donations and volunteers. In order to increase exposure to the University community and promote student involvement, a full-scale (14 ft. wide, 20 ft. long and 8 ft. tall) rubble house was built in the middle of KSU-Marietta campus and subjected to static load testing. During planning, construction and testing more than 1200 hours of engineering and non-engineering student labor time were spent. The project increased students’ sensitivity to community issues and promoted team-based learning and interdisciplinary collaboration.

In the evaluation of

the seismic stability of a composite dam, besides others, the main problem is the dynamic interaction between concrete gravity dam and soil embankment. The wrap-around sections are the transitional sections of a dam where it changes from concrete dam to embankment wing dams. The disastrous consequences of a dam failure provides incentives for a precise analysis of the problem. During strong earthquake shaking, the soil may slip and/or separate (debond) from concrete and, upon the reversal of the direction of motion, the soil may reattach (rebond) itself to the concrete surface. Debonding along the upstream surface allows water to enter the gap created during the process and water is expelled upon rebonding from the gap. The repeated debonding-rebonding can result in a permanent gap due to plastic embankment deformation, internal erosion due to the water pumping action and further the dam failure.

The analysis results indicate the possibility of interface separation, acceleration amplification, and high pressure which could lead to the dam distress or failure and the problem requires immediate research attention. In the list of The World's Major Dams and Hydroplants, it is reported that there are 36 concrete dams having wing dams in the countries other than US. In the US alone, there are more than 40 dams, higher than 100 ft, having composite sections located at high seismic risk areas.

Safety rails are usually top-mounted on retaining walls and crashing vehicles can severely damage the retaining walls. Besides the safety enhancement, the new design specifications intend to mitigate the severe damage to rails and supporting retaining walls so that rail-wall system can be repaired and/or reset with minimal time and cost.

In the United States, more than 7,500,000 square feet of MSE walls with precast panel facings are constructed annually, equivalent to about half of all retaining walls for transportation applications. Out of these walls, more than 2,000,000 square feet have modular concrete block facings, which by nature are not as strong as the reinforced concrete wall facings in hybrid walls. To avoid severe wall damage during the vehicle crashing, top-mounted traffic barrier rails are connected monolithically to continuous footings (named anchor slab, moment slab, or sleeper slab).

Numerical analysis efforts in this study have formed the basis on other research areas such as seismic analysis of hybrid walls and MSE retaining walls and bridge abutments.

Tailing dams and earth dams may experience significant distress during strong ground shaking. Large plastic deformations and loss of strength due to liquefaction of loose granular fill may lead to disastrous failure of huge water raining structures. Detailed analysis of such structures requires finite element (FE) analysis using powerful software and computers. Computer analysis of any particular software must be compared with results of another similar software to verify the reliability of the computer program.

This study marks the first collaborative research between Colorado DOT and the Colorado auto insurance industry to address the cost issues resulting from the use of sand as a roadway traction enhancement material in inclement winter weather. Traditionally sand was spread on snowy and/or icy pavement to enhance the roadway traction. This has been shown to be costly in many respects including roadway maintenance, vehicle damage (particularly to windshields), and environmental and human health. Total windshield damage cost has been increasing at a rate of $6.19 million annually. In the State of Colorado windshield damage is projected at around $90 million before the inflation adjustment. The statistics seem to show that the rate of increase is dwindling at a time when the state population increases at an exponential rate and so does the auto insurance policy count.

In this study the mechanism of airborne particles were made clear via field tests using high-speed camera and FE computer simulations. It was shown that when tires roll over the sand particles elastic energy is stored in both particle and asphalt pavement. Upon release of tire-pavement interface pressure sand particles are bounced into the air and gain more speed when hit by moving vehicles and reach higher elevation.