Coda of the Transient Response in the Cochlea 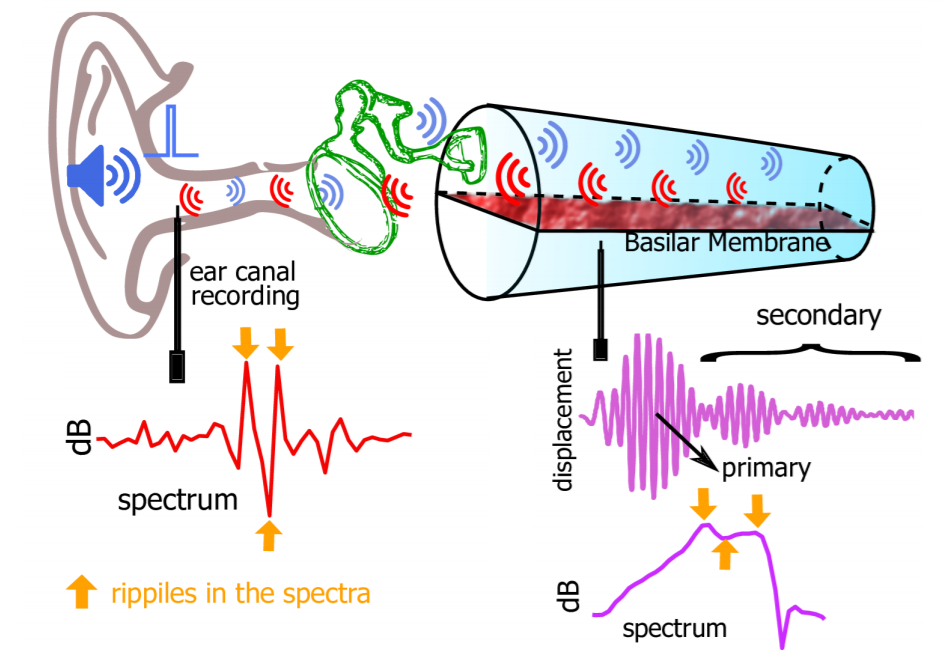 Schematics of two signal pathways. One is the conventional acoustic path where sound pressure is transmitted to the cochlea via the tympanic membrane and the middle ear bones. The other is the otoacoustic emission pathway where sound is generated inside the cochlea and can be measured in the outer ear canal with a probe. Upon an impulse acoustic simulation, the basilar membrane (BM) displays not only a primary impulse response but also a coda of delayed secondary responses. The coda typically lasts for 3–5 ms depending on the longitudinal location of the BM and the health of the cochlea.

Fast Wave Propagation in the Cochlea Induced by Light 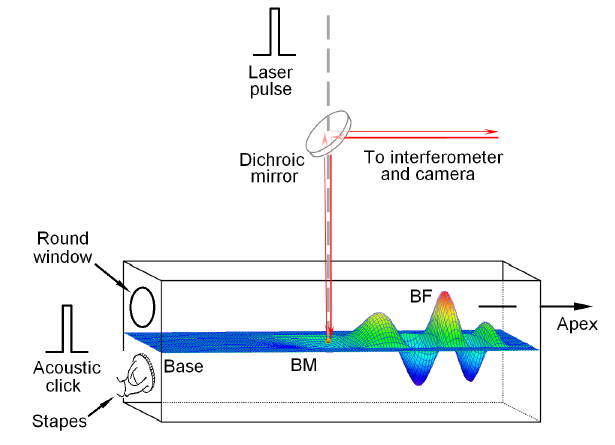 Infrared laser pulses were focused on the basilar membrane (BM) or on a bead on theBM in the basal turn of the cochlea. Acoustical clicks were delivered to the external ear canal, which vibrated the stapes and resulted in the BM vibration. The BM vibration was measured by focusing the object beam from a laser interferometer on the reflective bead. Magnitude and phase of the vibration were determined by detecting Doppler frequency shift of the light reflected from the bead. BF: best frequency.

Forward and Backward Slow Wave Propagation in the Cochlea 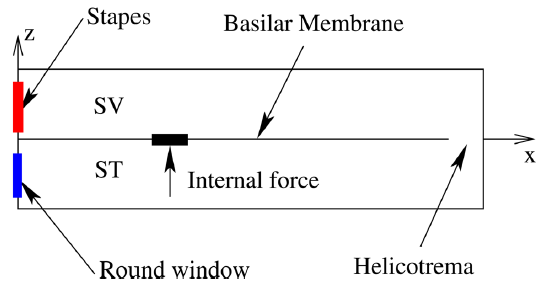 With regard to the acoustic pathway, two competing hypotheses exist to explain the dominant mode of emission. One hypothesis, the backward-traveling wave hypothesis, posits that the emitted wave propagates as a coupled fluid-structure wave while the alternate hypothesis implicates a fast, compressional wave in the fluid as the main mechanism of energy transfer. We study the acoustic pathway for transmission of energy from the inside of the cochlea to the outside through a physiologically-based theoretical model. Using a well-defined, compact source of internal excitation, we predict that the emission is dominated by a backward traveling fluid-structure wave.