Office Hours:
Monday/Wednesday/Friday: 2 PM - 4 PM Tuesday/Thursday: 9 AM to 3 PM or by appointment. 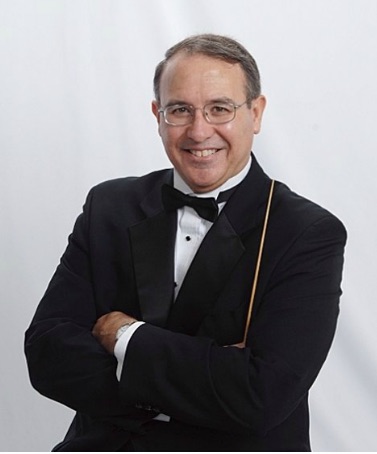 Dr. Charles R. Jackson serves as Assistant Professor of Music at Kennesaw State University. His duties and responsibilities have included teaching the Instrumental Music Methods, Materials & Curriculum course, all Woodwind and Brass Techniques courses, Music in Society, supervising student teachers, and serving as the Faculty Adviser for the Nu Theta chapter of the Phi Mu Alpha Sinfonia fraternity. From 2015 through 2019, Dr. Jackson served as the Vice-President of the Part-Time Faculty Council and served as the Representative for the Bailey School of Music on the Part-Time Faculty Council. Dr. Jackson serves as the Conductor and Musical Director of the Cobb New Horizons Symphonic Band, based on the campus of Kennesaw State University. His eBook entitled The Band Director’s Book of Secrets was published through C.L. Barnhouse Publishing and is available through Amazon Kindle, Barnes & Noble, iBooks, Kobo, eSentral, Scribd, Ciando, Gardners, Baker & Taylor, Vearsa, and Copia.

Dr. Jackson’s collegiate music studies began in 1969 at Miami-Dade Junior College. He was a violist in the MDJC String Orchestra and Principal Trumpet in the MDJC Symphony Orchestra under the direction of Aileen DiNino. While a student at MDJC, he completed courses in Music Theory and Woodwind Techniques. He completed the Bachelor of Music Education degree (University of Southern Mississippi-1979), the Master of Science degree in Music Education (University of Illinois, Urbana-Champaign-1984); the Education Specialist degree in Instrumental Music Education (Georgia State University-1994); and the Doctor of Musical Arts degree in Music Education with cognate areas in Trumpet Performance and Conducting (Shenandoah Conservatory, Winchester, Virginia-2008). His doctoral dissertation is titled Effectiveness of Preservice Experiences and Course Work in Music Education toward Teacher Self-Efficacy in Classroom Management, published through ProQuest.

Dr. Jackson begins his 43rd year as a music educator with the start of the 2021-2022 school year. He completed 34 years of public school teaching as a Director of Bands in Georgia and Mississippi. Before his appointment at KSU, he served 15 years as the Director of Bands at Dodgen Middle School in Cobb County, GA (1998-2013), with an annual average band enrollment of 350 students. While at Dodgen, he was recognized as a pioneer by incorporating cutting-edge technology for instruction during band rehearsals. The Georgia Music Educators Association (GMEA) recognized his groups for consistently receiving the rating of “Superior” at the annual evaluations. His public school teaching career included directing bands at the middle school, junior high school, and high school levels. His choral experience includes serving as the director of the Navy Choir at the Naval Air Station in Meridian, Mississippi, and the director of the St. Patrick’s Catholic Church Choir, also in Meridian, MS.

Dr. Jackson maintains an active schedule as a guest conductor working with honor bands in Virginia, Tennessee, North Carolina, and Georgia. He remains active as a trumpet performer, clinician, author, and adjudicator for concert band and orchestra performance evaluations in Tennessee, Indiana, and Georgia.

Dr. Jackson serves on staff for the Bands of America/Music for All Summer Symposium and presents an extensive series of instructional sessions at Ball State University for band and orchestra directors each summer. He currently serves as one of the organizing chairmen for the Bands of America/ Music for All National Concert Band Festival held annually in Indianapolis, Indiana. He has served on the Director Track staff for the Western Carolina University Summer Symposium in Cullowhee, NC, and the Director Track staff for the Spirit of Atlanta Camp at Jacksonville State University in Jacksonville, AL. Interaction with music educators from across the US and abroad at various symposia over the past 15 years allows him the unique opportunity to provide a national and international perspective for his students at KSU.

Honors awarded to Dr. Jackson include Nationally Registered Music Educator (MENC); Nationally Certified Music Educator (MENC); Who’s Who Among America’s Teachers (1991,1996, 2002, 2003, 2006); Teacher of the Year, Garrett Middle School (1997-98). Teacher of the Year, Dodgen Middle School (2004-2005). In the spring of 2013, he was one of 217 music educators selected as a quarterfinalist for the Music Educator Award conferred by the Recording Academy and the GRAMMY Foundation. In total, more than 30,000 nominations were submitted from all 50 states. In 1991, Dr. Jackson was one of only two music educators in the State of Georgia selected to study with the London Symphony Orchestra for ten days, under the direction of Mstislav Rostropovich, entirely funded by the Southern Bell company. The Phi Mu Alpha Sinfonia Musician’s Fraternity presented Dr. Jackson with the Olin G. Parker Leadership Award for Province 33 in August of 2019. The Iota Psi Chapter of the Tau Beta Sigma Band Fraternity at Kennesaw State University initiated Dr. Jackson as an Honorary Member in November of 2019.

Dr. Jackson served the Georgia Music Educators Association (GMEA) as Chairman for District XII, overseeing all public and private schools in Cobb and Douglas counties involving over 300 music educators and over 24,000 music students. He served two years on the State Board of Directors for GMEA. The State of Georgia recognized Dr. Jackson with a Congressional Proclamation as a Georgia STAR teacher. He served as a contributing editor for the InTune Magazine and is a principal author for Teaching Music Through Performance in Middle School Band, published by GIA in 2014.