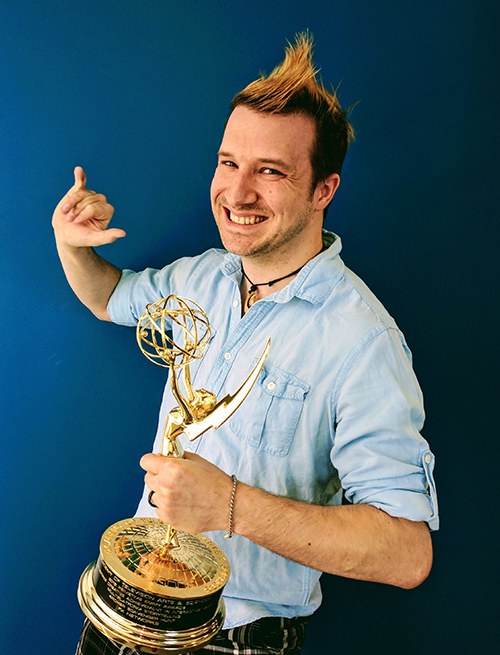 Chris Malone is an Emmy-Award winning cartoonist, from Virginia. He received his BFA in Kinetic Imaging from Virginia Commonwealth University, and his MFA in Sequential Art from Savannah College of Art and Design.

He has worked on numerous shows such as Archer, Adam Ruins Everything, Cyanide and Happiness, Explosion Jones, WWE Storytime, and many more. He just opened up his own animation studio in Atlanta, called Space Shark Animation, where he stepped into the producer role for a few cartoons.
In addition to his cartoon work, he's also been a featured guest at over 25 comic and anime conventions, where he gives demonstrations and lectures on on cartooning theory and practices.

He especially loves surfing, dogs, and coffee, in no particular order. You can find samples of this work at surfdogart.com, as well as follow him on @surfdogart for twitter, and @surf_dog_art for instagram Email: cmalon19@kennesaw.edu