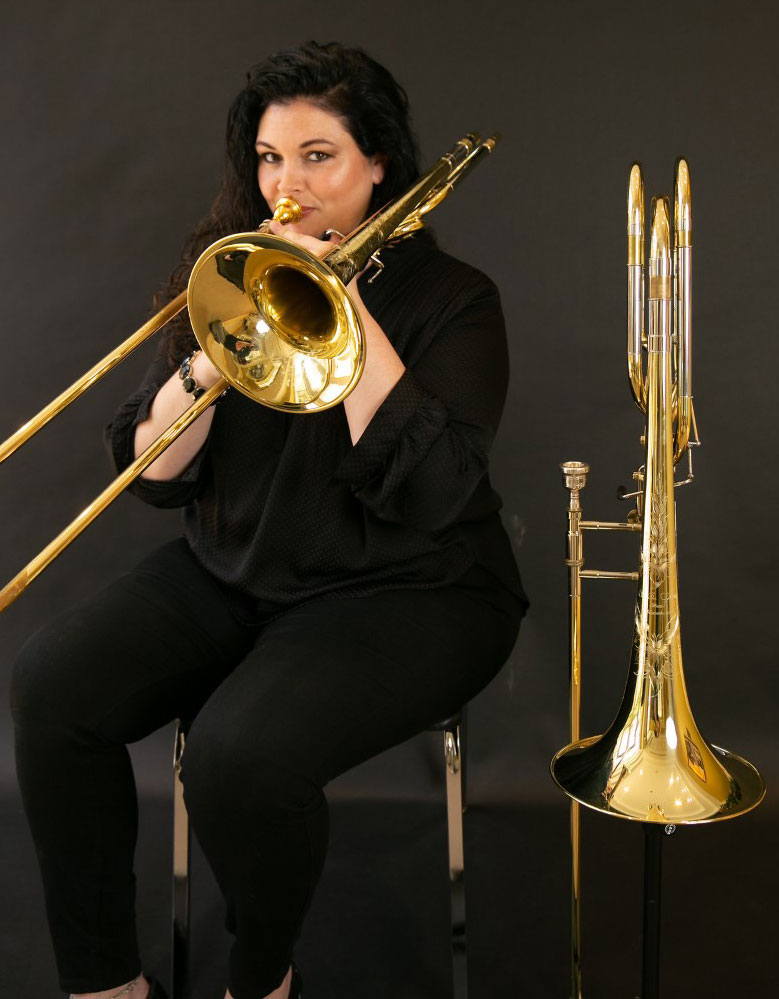 Hollie is a founding member and Trombonist with the Midtown Brass Quintet. She played solo Trombone with the DIVA big band in the show Maurice Hines is Tappn' thru life.” Hollie Has performed twice with the Athena Brass Band at the International Women's Brass Conference. Hollie was a featured soloist on the Georgia Brass Band’s album “A Christmas Festival” and Principal trombone on their album, “American Voices.”