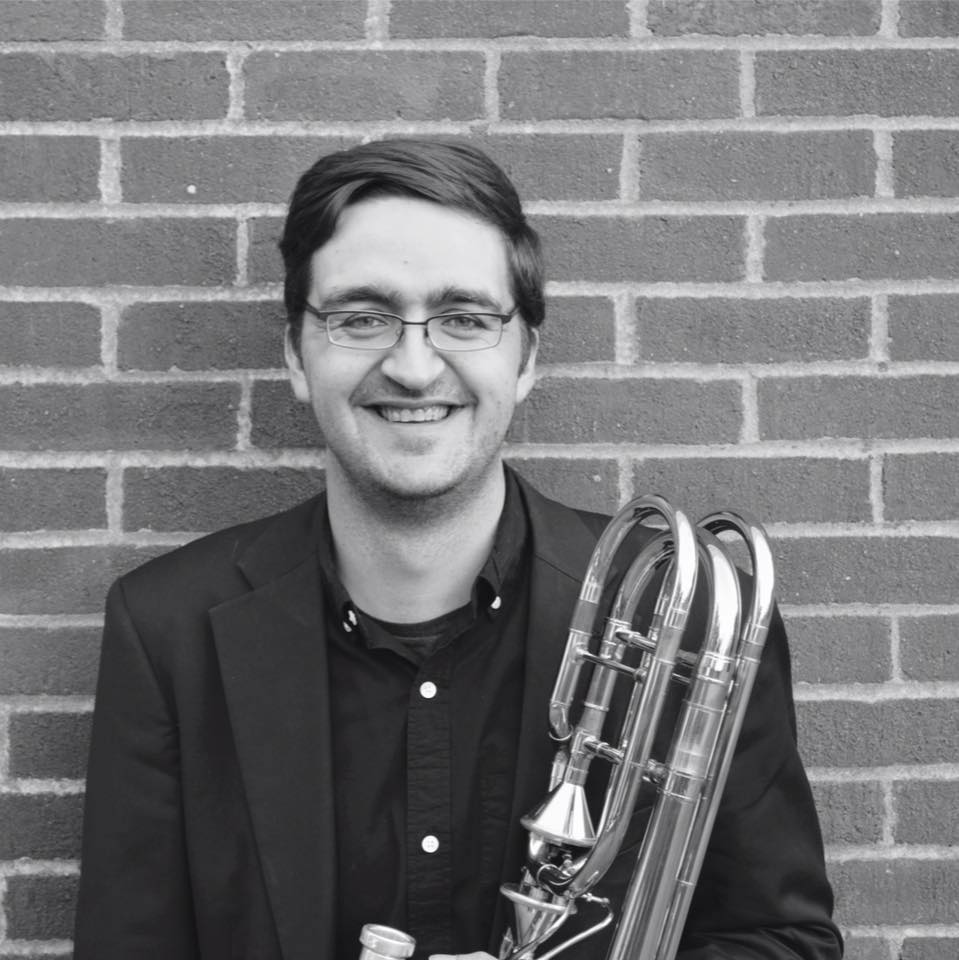 As a member of these and other groups, J.D. has performed at the Great American Brass Band Festival, the Caramel Celebration of Bands, the Kentucky Music Educators Association Conference, the International Tuba/Euphonium Association Conference, and the American Trombone Workshop, as well as the University of The Cumberlands, Morehead State University, Kentucky Wesleyan College, the University of Kentucky, the Art College of Inner Mongolia, the Tianjin Concert Hall, Tianjin Normal University, Tianjin Conservatory of Music, and the Affiliated High School of Peking University, as well as a tour of Spain with stops in Valencia, Buñol, and Dénia.

J.D. has been involved in several recording projects as both a performer and recording engineer/producer, including performing on Justin Croushore’s debut album Stuff, and With Sword and Crown released with the University of Kentucky Trombone Choir on New Branch Records, and acting as producer and recording engineer on Bradley Kerns’ 2018 album Splotch Ecology.

As an author, J.D.’s work can be found in the 2018 GIA Music Publication Teaching Music Through Performance in Band: Jazz for Beginning Ensembles, where he authored articles on Jeff Darrohn’s Gospel Blues, and John Berry’s arrangement of the Battle/Durham standard Topsy.

J.D. received a Bachelor of Music Education degree and a Master of Music degree from Morehead State University and a Doctor of Musical Arts degree in Trombone Performance from the University of Kentucky. His primary instructors include Stacy Baker on tuba and euphonium, and Bradley Kerns, Nathan Dishman, William Mann, and Jeanie Lee on trombone.

J.D. is an Edwards Trombones Performing Artist, and currently resides in Cartersville, Georgia with his wife, Susannah, their two dogs, Julie and Victor, and their cat, Harley.