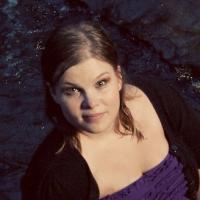 I earned both my B.A. and M.A. degrees from the University of Northern Iowa. I earned a B.A. in Sociology with minors in Communication Studies and Women’s Studies. I earned my M.A. in Communication Studies with emphases in rhetoric, performance studies, gender, and sexuality. During my undergraduate career I was an active member of UNI Forensics (competitive speech and debate). I began coaching high school speech and debate as an undergraduate student and later coached at the college level during and after graduate school.

I joined KSU (formally known as Southern Polytechnic State University) as a full-time faculty member in 2011. I have taught a variety of undergraduate courses, served as an academic advisor, and coached the competitive speech and debate team.

My professional identity is a combination of three main roles: a scholar, an educator, and an advocate. Given my passion to teach is rooted in my enthusiasm for learning, I see learning and teaching as intricately intertwined activities. Similarly, I consistently attempt to find practical applications for my work and situate it within a larger context of social justice advocacy. My professional work often focuses on themes of gender and sexuality, social change, rhetoric, argumentation, pedagogy, and competitive forensics (speech and debate).

As an educator, my primary objective is to foster communities in which both students and educators can find enjoyment in critically engaging and testing ideas alongside each other. I place a high value on creating inclusive environments that are safe places to make and learn from mistakes. I generally structure my courses around three specific goals: to prepare students for future academic endeavors, guide students toward successful professional careers, and encourage students to become active, engaged and responsible citizens.