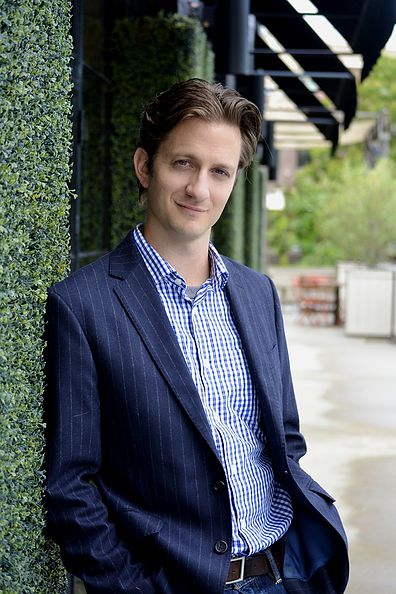 “Munson was excellent in Pagliacci but especially so in Carmina, when he had his major solo… Munson’s murderously high “roasted swan” song was the most striking.”

A native of Kalamazoo, Michigan, Nathan Munson has been praised for his vocal beauty, and proven to be a versatile presence on the concert and operatic stage.  Upcoming performances include Mr. Ford in Frida and the Third Jew in Salome, both with the Atlanta Opera. Recent roles include Beppe in Pagliacci with both the Sarasota Opera and the Hawaii Opera Theatre.  Also with HOT, he debuted as the tenor soloist in Carmina Burana, as Tom Snout in Britten's A Midsummer Night's Dream, and in performances of the Steersman in Wagner’s Der fliegende Holländer.  With the Atlanta Opera, he has performed the Camera Man in The Golden Ticket, Normanno in Lucia di Lammermoor, Rodolfo in La bohème (as a cover and in a touring production), the Emperor in Turandot, and the Father in Weill’s The Seven Deadly Sins. Other recent performances include Rinuccio in Gianni Schicchi and Buoso’s Ghost (Capitol City Opera), Bastien in Bastien und Bastienne and Alberto in La Curandera  (Opera Piccola San Antonio), Valére in Tartuffe with (Capitol City Opera), El Dancaïre in Carmen (Opera North), and Dr. Baglioni in a world premiere revision of Daniel Catan’s La Hija di Rappaccini with the Illinois Opera Theater. He has appeared as Roméo in Roméo et Juliette, Ferrando in Così fan tutte, and Cassio in Verdi’s Otello.  For dell'Arte Opera, he has sung Laurie in Adamo’s Little Women, and Pedrillo in Die Entführung aus dem Serail.  As a Young Artist at Opera North, he was a featured artist in various venues in semi-staged performances as Brighella in Ariadne auf Naxos and Lippo Fiorentino in Street Scene.

In addition to his operatic appearances, Dr. Munson has been a frequent visitor to the concert stage. In the Spring of 2020, he will sing Beethoven’s 9th Symphony with the Greenville Symphony Orchestra, and Carmina Burana at Berry College in Rome, Georgia. He made his Carnegie Hall debut as the tenor soloist in Haydn's Lord Nelson Mass with Manhattan Concert Productions.  He made debuts with the Helena Symphony Orchestra (Montana) in Handel’s Messiah, and with the Huntsville Symphony Orchestra in Mozart’s Die Entführung aus dem Serail.  He has been a featured soloist in Orff’s Carmina Burana in Hawaii, Connecticut and New Jersey, Beethoven’s Ninth Symphony with the Bryan Symphony Orchestra, Bruckner’s Te Deum with the Augusta Choral Society, Bach’s B-minor Mass with the Atlanta Sacred Chorale, Bach’s Magnificat  and Mendelssohn’s Elijah with the Georgia Symphony Orchestra, and Mozart’s Requiem as a guest artist at Dartmouth College.  Other concert appearances for the tenor include Respighi’s Laud to the Nativity, Saint-Seans’ Christmas Oratorio, Schubert’s Mass in G, Schumann’s Requiem, Bach’s G-minor Mass and Johannes-Passion (aria soloist), and Handel’s Alexander’s Feast.

Dr. Munson can be heard on the world-premiere recording of The Golden Ticket (Albany Records).  He has also been a featured soloist in a Christmas Concert with the Atlanta Opera, which was recorded live for broadcast by WABE-Atlanta. He completed his Doctorate of Musical Arts at the University of Illinois, Urbana-Champaign, and is currently an Assistant Professor of Voice at Kennesaw State University.