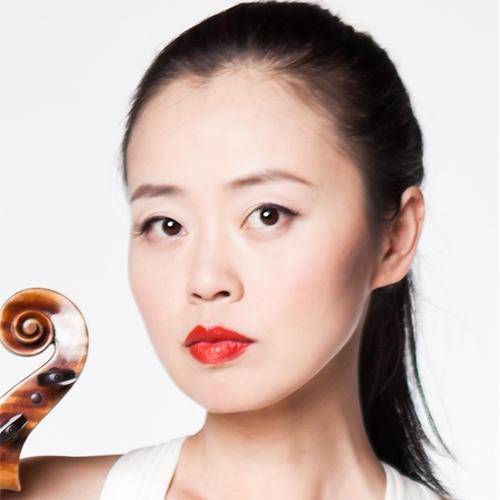 Violist Yinzi Kong received her early training at the Shanghai Conservatory of Music and holds a master’s degree from the Manhattan School of Music. Ms. Kong enjoys a versatile career as both a soloist and chamber musician and has 20 plus years teaching experience. As a founding member of international award-winning Vega String Quartet, Ms. Kong won several top prizes at the Bordeaux International String Quartet Competition in France, the Carmel String Quartet Competition and the Coleman Competition in the US, and she performs in major concert halls around the world including the stages of Carnegie Hall, the Musikverein in Vienna and the Concertgebouw in Amsterdam. Festival concert appearances include Aspen, La Jolla, Rockport, Mostly Mozart, El Paso Pro Musica, Highlands-Cashiers, and Brevard. As a soloist, Miss Kong has given recitals in Canada, China, Italy and the US. Her collaboration partners are some of the finest musicians of our time including Eliot Fisk, William Preucil, Richard Stoltzman, Charles Wadsworth, Zuill Bailey, and the Eroica Trio. Her live performances have been broadcast on NPR's Performance Today, the National Radio of China, Shanghai TV, Radio France, France Musiques, and the East German Radio. She has recorded for Naxos and Artek. Miss Kong currently resides in Atlanta, where the Vega Quartet are full-time Artists-in-Residence at Emory University.