There is a critical and recognized need for rapid and potentially field portable forensic methodologies to alleviate casework backlogs caused by budget cuts and increased demand on forensic investigators. In that vein, my research goals to date have focused on the forensic analysis of gunshot residues (GSR) by Laser-Induced Breakdown Spectroscopy (LIBS). We envision LIBS as combining the selectivity of multi-element analysis and the sensitivity of workhorse laboratory instrumentation into a presumptive field test. A commercially available LIBS spectrometer is small and potentially field portable because it can be easily mounted onto mobile investigative units. Criminal investigators may use LIBS to determine the elemental composition of a suspect sample, obtaining results within seconds. Therefore, LIBS could provide necessary presumptive evidence, allowing investigators to obtain a search warrant or progress a criminal investigation. The scope of my research is to provide investigators with a chemical fingerprint for GSR by LIBS, to determine the amount of time that detectable amounts of GSR are recovered from a shooter, and to fully characterize the rates of error for shooters, non-shooters, and suspects working in high-risk occupations. In my lab, we address numerous goals of applied research and development; specifically the examination of chemical properties of evidence of the purpose of identifying source (GSR) and study the behavior of chemical compounds of forensic interest to better understand aged and/or time sensitive evidence. 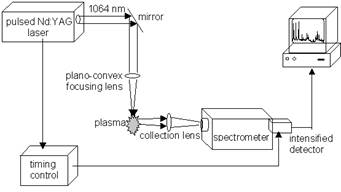 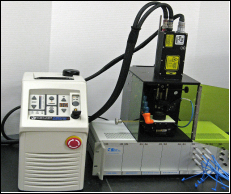 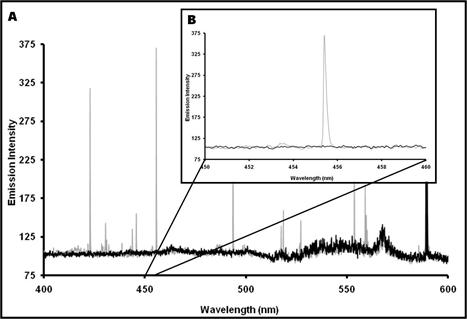 Figure 3A. Sample taken from a volunteer who is known to be free of gunshot residue overlaid with a positive GSR test 72 hours after firearm discharge.

Figure 3B. Barium (II) emission at 455.403 nm used as the analytical wavelength for sample taken from a volunteer who is known to be free of gunshot residue and a positive GSR test 72 hours after firearm discharge.