Dr. Ferreira is a soil chemist and investigates the behavior of ions at the mineral / water interface, especially in ion-exchange reactions.  Ion exchange processes play a role in many important environmental soil functions such as the retention of nutrients and the fate and transport of pollutants in soil and ground water.  By studying the competition between ions for adsorption sites on soil minerals, particularly clay minerals, Dr. Ferreira is better able to understand the nuances of the behavior of these ions in natural environments.  Techniques used in this research may include adsorption envelopes, adsorption isotherms, calorimetry, x-ray diffraction, nuclear magnetic resonance spectroscopy, or electron paramagnetic resonance spectroscopy.

Dr. Ferreira's doctoral dissertation, The Nanopore Inner-Sphere (NISE) Effect and Its Role in Sodium Retention was selected for the 2013 Emil Truog Award.  This award is given by the Soil Science Society of America to the author of the doctoral dissertation which made the greatest contribution to advancing the field of soil science in a given year.

The first of Dr. Ferreira's current research projects intends to find an effective remediation strategy for radiocesium contaminated soil in Fukushima Prefecture in Japan.  The deposition of radiocesium following the Fukushima Daiichi Nuclear Power Plant meltdown in 2011 has created an enormous amount of contaminated soil for which the Japanese government still does not have an effective long term solution.  Dr. Ferreira intends to use his knowledge of soil science and chemistry to solve this problem and determine a safe, effective mechanism for extracting radiocesium from the soil in order to facilitate its re-use or disposal.  Dr. Ferreira has traveled to Japan twice, once with his graduate student, to conduct research with a colleague at Meiji University, just outside of Tokyo.  Below you can see pictures of Dr. Ferreira and his graduate student James Thornhill collecting soil samples in Iitate Village, a farming village in Fukushima Prefecture, and performing a chemical extraction on those soil samples at Meiji University. 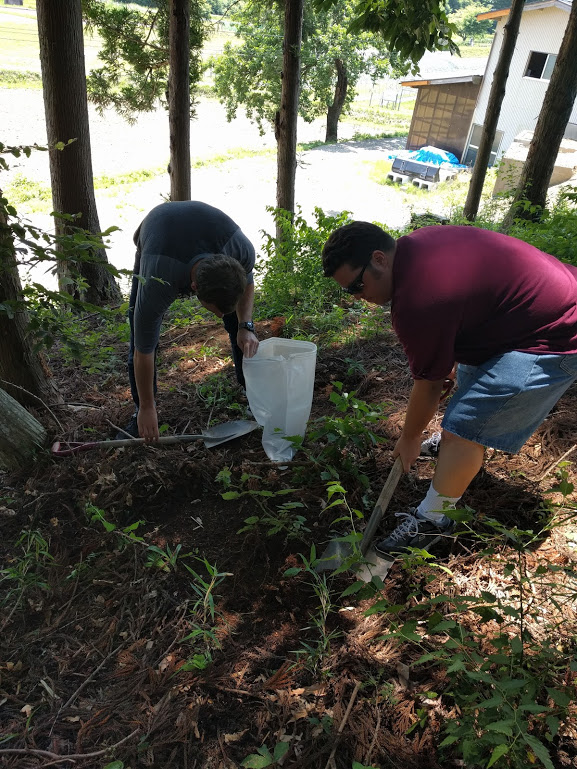 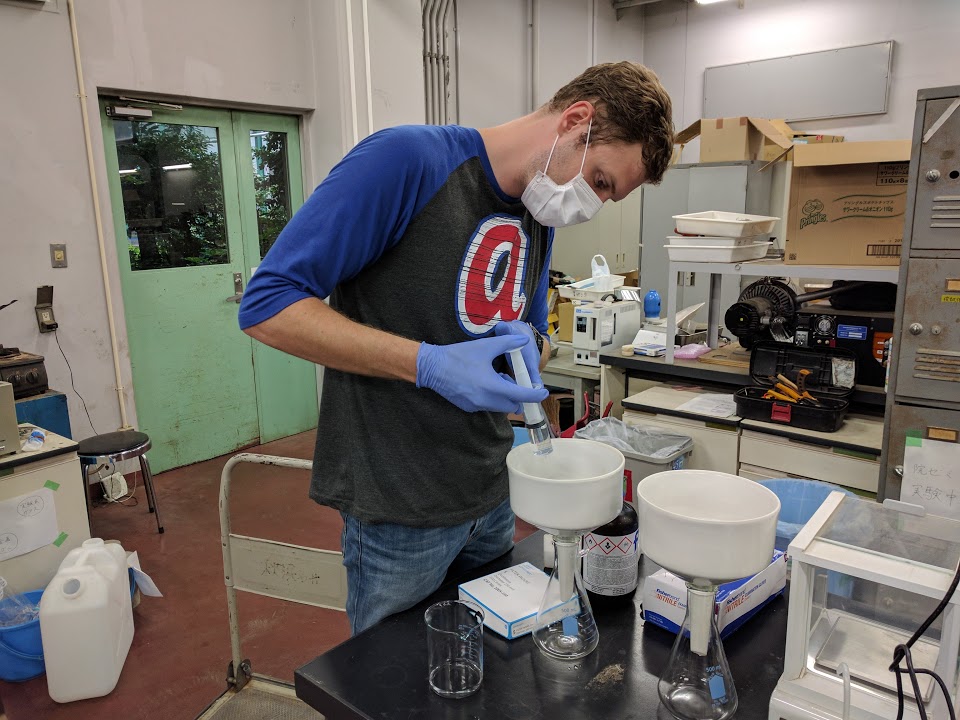 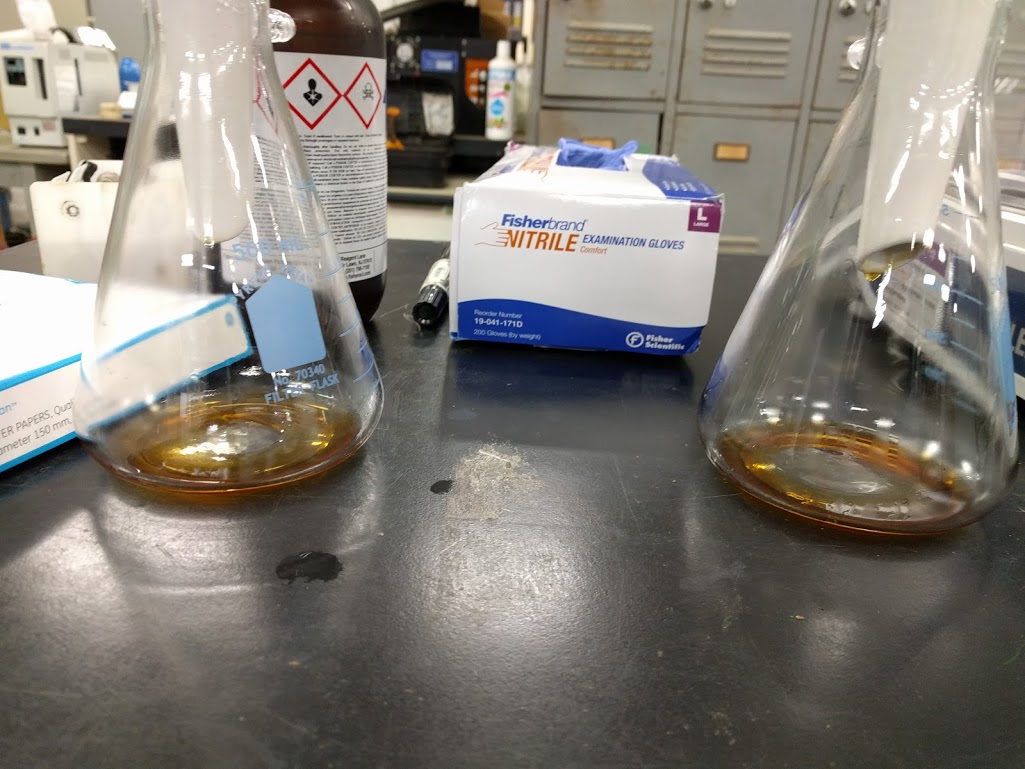