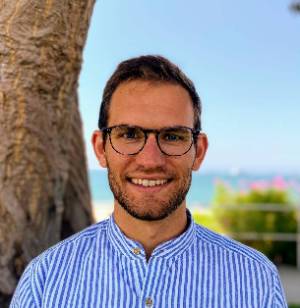 David Salkowski joined the Bobbie Bailey School of Music in 2022 as an Adjunct Professor of Music, where he teaches the course Music in Society/World Music (MUSI 1107).

As a musicologist, Salkowski's research focuses on the intersections of religion, aesthetics, and community formation with an emphasis on the music cultures of Russia, Eastern Europe, and the Russian Diaspora. His work has appeared in the journal Twentieth Century Music, and he has additional publications forthcoming in Cambridge Opera Journal, the edited volume Sacred and Secular Intersections in Music of the Long Nineteenth Century: Church, Stage, and Concert Hall (Lexington Books) and Volume 3, "Contexts" in The Oxford Handbook of Music and Christian Theology. He is currently at work on a monograph, provisionally titled Russian Orthodoxies in Music: Community, Censorship, and the Revival of the Sacred, which is based on extensive archival research in St. Petersburg and Moscow, Russia.

Before coming to KSU, Salkowski taught music history at Montclair State University, as well as at Princeton University, where he served as a preceptor in the Music Department and the Program Coordinator for the Mount Menoikeion Summer Seminar through the Seeger Center for Hellenic Studies in 2018.