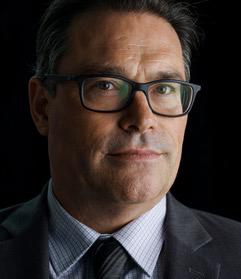 “At the center of theatre training is perhaps the greatest lesson of all: the power of imagination. Imagination is important because it allows each of us, as leaders, to see beyond our current limitations and to visualize what we are capable of becoming.”

Harrison Long has twenty-five years of experience as a director, actor, writer, teacher and leader. He has worked in television, regional theatres and in New York on material ranging from contemporary drama to musical comedy with special emphasis on Shakespeare.

Harrison is a regular invited speaker on the topic of leadership at venues ranging from local civic organizations, to international universities, to MLK day celebrations to commencement exercises. His public speaking clients range from ministers, to business leaders to college presidents. In 2005, he returned to metropolitan Atlanta to found the Acting program at Kennesaw State University (KSU). Since then, he has held a variety of other leadership positions including Artistic Director and Interim Chair of the Department of Theatre and Performance Studies, Interim Director of the School of Art & Design, supervisor to the acclaimed Zuckerman Museum of Art, Interim Chair of KSU’s nationally-acclaimed Department of Dance, and Senior Associate Dean. He currently serves as Interim Dean of the College of the Arts.

In 2011, Long’s production of Splittin’ the Raft received a grant from the National Endowment for the Arts to tour seven North Georgia communities, creating healing conversations within inner-city schools and rural mountain towns. In 2013, Long directed the first site-specific production of Lee Blessing’s cold war drama, A Walk in the Woods at Serenbe Playhouse. In 2105, he staged the Tony award-winning musical Parade at Marietta’s Strand Theatre to commemorate the centennial of Leo Frank’s tragic death, which occurred just a few miles from the performance site. In conjunction with the performance, Long orchestrated a KSU residency for playwright Alfred Uhry (Driving Miss Daisy, Parade, Last Night of Ballyhoo).

Harrison is an alumnus of the Florida State University School of Theatre, The Meadows School of the Arts at Southern Methodist University, and the University System of Georgia’s Executive Leadership Institute. His most recent acting credit: “Bottom” in A Midsummer Night’s Dream for Shakespeare Kennesaw. Harrison is the 2013 recipient of the Kennesaw State University, Foundation Prize for Publication and the 2014 winner of KSU’s Distinguished Professor Award.

In the early 1990’s, Long served as a dialogue coach for episodic television with CBS.

Harrison is a proud member of The Actor's Equity Association.