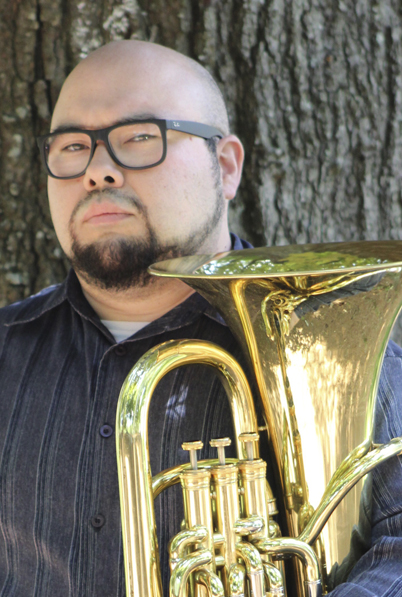 Jason Casanova A native of San Antonio, Texas, Jason Casanova brings his southwestern flair to the southeast. He is in high demand as a performer and teacher of euphonium and low brass throughout the region.

As a performer, Jason has won or placed in many regional, national, and international euphonium solo and chamber competitions. He is Solo Euphonium with the Georgia Brass Band, a founding member of Divergence
(a tuba/euphonium quartet), and also plays with other diverse ensembles such as the 4th Ward Afro-Klezmer Orchestra (performing a music from traditional Klezmer music to Frank Zappa), and Mercury Orkestar (performing traditional Balkan tunes fused with modern western pop music).

In addition to performing and teaching, Jason is also an experienced music arranger. His arrangement of the “Serenade from the Student Prince,” was recently published by Euphonium.com Publications with several more on the way.