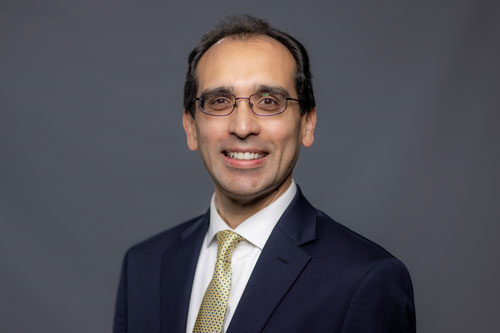 Jesús Castro-Balbi is an inclusive, visionary, and strategic leader of international repute committed to building communities through the arts and education. As Director of Kennesaw State University’s Dr. Bobbie Bailey School of Music since July 2021, he manages and leads all aspects of the School as it strives to deliver an excellent, student-centered, research-driven and impact-oriented education in music within the context of an extraordinary arts community in a thriving large, public university in metro Atlanta.

Prior to joining Kennesaw State University, Dr. Castro-Balbi served as a professor and faculty leader at Texas Christian University. There, he built an internationally sought-after cello program. A proponent of forward-looking programs and a practitioner of progressive pedagogies focused on advancing student success in a quality educational environment, he developed the curriculum and led initiatives leveraging inclusive excellence, educational technology, multidisciplinary collaboration, community-based learning, and student research. Meanwhile, he served as founding artistic director of the TCU Cellofest and of the Faculty & Friends Chamber Music Series, raising the profile of the School of Music in the discipline and in the community. A dedicated university citizen, he led campus-wide forums on academic profile, budget, employee compensation, and strategic planning. As Faculty Senate chair, he engaged all stakeholders on a range of initiatives that moved the institution forward, including the creation of the Diversity, Equity, and Inclusion University Committee.

As an American Council on Education Fellow, he developed higher education leadership capacity with the senior executive at the University of Miami and at campuses across the nation. At Miami, his focus was on academic innovation, administrative excellence, and strategic plan implementation. Additionally, he completed the Management Development Program at the Harvard Graduate School of Education.

A critically acclaimed concert cellist, he has performed in the US, Latin America, Europe and Asia, collaborating in chamber music with Arkady Fomin, David Korevaar, Henning Kraggerud, Gloria Lin and Michael Shih, and as a member of the Caminos del Inka String Quartet, the Clavier Trio, and the Lin / Castro-Balbi Duo. As a soloist, he has partnered with conductors Giancarlo Andretta, Linus Lerner, Richard McKay, Carlos Miguel Prieto, Arild Remmereit, Joel Sachs, Gregory Vajda, and the Aarhus, Dallas, and the Fort Worth Symphony Orchestras; the Dallas Chamber Symphony; the China, Louisiana and Mexico City Philharmonic Orchestras; the Leipzig Radio Orchestra; and the National Symphony Orchestra of Peru. He has been featured at New York’s Alice Tully Hall, over a dozen times at Carnegie Hall, at the Shanghai Oriental Arts Center and at Tokyo’s Suntory Hall.

Dr. Castro-Balbi has long been a strong proponent of new music, as an integral part of the human experience. His repertoire stretches from Osvaldo Golijov’s Azul and Arlington Jones’ Soul Unity Suite to Lutoslawski’s Cello Concerto. To date, he has presented 53 premiere performances, the world premiere recording of 19 works, and is the dedicatee of 19 compositions, including works by Esteban Benzecry, Martin Blessinger, Fang Dongqing, Blaise Ferrandino, Kotaro Kobayashi, Till Meyn, Octávio Vásquez, Hailey Woodrow, and Samuel Zyman. Other highlights are: the New York premiere of Mark-Anthony Turnage’s Cello Concerto Kai; the first recording of the complete music for cello and piano by Robert Rodriguez; and the premieres, with Germán Gutiérrez and the TCU Symphony Orchestra, of Edgar Valcárcel’s Concerto Indio and of Jimmy López’ cello concerto, Lord of the Air, and the subsequent recording of the latter for Harmonia Mundi with the Norwegian Radio Orchestra led by Miguel Harth-Bedoya.

A renowned educator, he has guest taught at Beijing’s Central Conservatory, Paris Conservatoire, Leipzig and Stuttgart Hochschule, for the Japan Cello Society, at The Juilliard School, and at the Yale School of Music. Additionally, he has adjudicated at the Lynn Harrell Competition (Dallas), the Sphinx Competition (Michigan), and at the Aiqin Bei (China), Lutoslawski (Poland) and Carlos Prieto (Mexico) international cello competitions.

Of Peruvian heritage and raised in France, Dr. Castro-Balbi graduated from the Conservatoire National Supérieur at Lyon, Indiana University Bloomington, and the Yale School of Music, and holds a Doctor of Musical Arts degree from The Juilliard School.