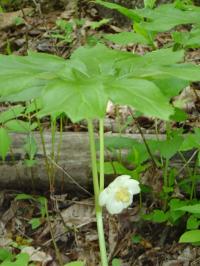 Julie R. Newell has been a member of the faculty at SPSU since Fall 1993 and chair of the Social and International Studies Department since August 2006.

Dr. Newell is a native of Idaho and completed her undergraduate studies at Boise State University. She went on to graduate work in History of Science at the University of Wisconsin-Madison. After completing her PhD in 1993, she became a full-time faculty member at Southern Polytechnic State University, where she is now a tenured professor; coordinator of the Science, Technology, and Society Program; and chair of the Social and International Studies Department. She was named Southern Polytechnic's Teacher of the Year for 1998-1999 and received Southern Polytechnic Outstanding Faculty Awards in 1994 and 1998. She was principal investigator for NSF Research Grant #0114869, NSF Science and Technology Studies Program, for project entitled “Geology and the Emergence of Science as a Profession in the United States” August 15, 2001-August 15, 2003. In May 2004 she was elected to lifetime membership of the International Commission on the History of Geological Sciences.