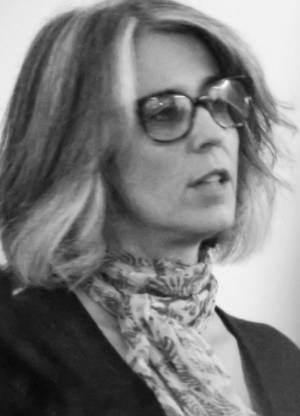 Biographical Information
Jessica Stephenson received masters and doctorate degrees in African art history from Emory University in 2000 and 2006, with a minor in ancient Egyptian art and ancient American art. She received BA and BA Honors degrees from the University of the Witwatersrand, South Africa in 1992 and 1993 with a dual major in art history and anthropology. Dr. Stephenson has pursued a two-pronged career as curator and academic. She worked in a number of museums including the Johannesburg Art Gallery, South Africa. In 2003 she was appointed Associate Curator of African and Ancient American Art at the Michael C. Carlos Museum, Emory University, and in 2009 promoted to Curator of African Art. She has taught a wide range of non-western/global art history courses at the University of the Witwatersrand, Atlanta College of Art and Design, Bauder College, Emory University and at Kennesaw State University. She joined the School of Art and Design at KSU as full-time faculty in 2013 and served as Coordinator of the Art History program from 2016 to 2019. In AY 2018-2019 she served as Faculty Executive Assistant to the Dean and in 2019-2020 as Interim Associate Dean, College of the Arts. She is serving as Interim Graduate Program Coordinator for the 2021-2022 academic year.

Her research specialty is the emergence of novel art forms in contexts of rupture and change; intercultural arts; art, heritage and tourism; art and agency; and histories of museum collecting and display. These issues informed her research with rural art collectives in Botswana, South Africa, and Namibia and in archives and museum collections within the United States and Europe. Her current research focuses on the intersection of late 19th century African carved ivory tusks and colonial-era photography. She has curated many exhibitions including two reinstallations of the permanent collection of African art at the Michael C. Carlos Museum (2003 and 2008), Spirited Vessels: the Ritual and Practice of African Ceramics (2004), Divine Intervention: African Art and Religion (2011) and served as consulting curator for African Cosmos: Stellar Arts, a collaboration between the National Museum of African Art, Smithsonian, and the Michael C. Carlos Museum (2015). In 2014 she co-curated South African History Under Apartheid: A Tribute to Nelson Mandela at the Turchin Center for the Arts, Boone, North Carolina and in 2016 presented Sleight of Hand  at the Zuckerman Museum of Art, bringing together late 19th century Congo carved ivories  from several museum collections and photography from the Eliot Elisofon Photographic Archives, Smithsonian. She has chaired numerous conference sessions and presented papers at national and international venues, including the College Art Association (CAA), South East College Art Association (SECAC), African Studies Association of America (ASA), and Arts Council of the African Studies Association (ACASA) and at more specialized conferences in Europe and Africa. Her publications include numerous reviews and encyclopedia entries on African modernism and Modernists, as well as research articles based on primary research conducted in Botswana, Namibia and South Africa, for example, "Mirror Dance: Tourists, Artists, and First People Heritage in Botswana," which appears in the edited volume The Anthropology of Art/The Art of Anthropology (2013), "Landscape Claimed and Reclaimed in Botswana” in the edited volume Formations of Identity: Society, Politics, and Landscape (2016), and "The Museum Mannequin as "Body Without Organs," Bridget Cooks and Jennifer Wagelie (eds.) Mannequins in Museums: Power and Resistance on Display (2021). Her current publication project is the book Looking Both Ways: Carved Ivory Sculptures and Colonial Photography in the Congo (1880 - 1910) for which she is conducting archival and collections research in museums across the United States and Europe.