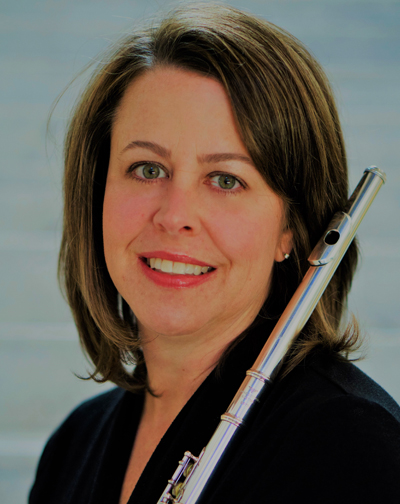 Kelly Bryant received a BM (1991) and MM (1993) in Flute Performance from the University of South Carolina where she was a student of Dr. Constance Lane. In 1991, Kelly was the recipient of the Arthur M. Fraser Award for most outstanding undergraduate in the music performance degree program.  She served as the graduate teaching assistant at USC from 1991-1993. Throughout her college career, Kelly held positions in the Augusta Symphony, South Carolina Philharmonic and Columbia Lyric Opera. She completed summer studies at Brevard Music Center and Tanglewood Music Festival where she studied with Eric Hoover, Leone Buyse and Doriot Dwyer.

Currently, Kelly plays flute and piccolo with the Atlanta Opera Orchestra, a position she has held for 20 years. Additionally, she performs regularly as substitute flutist with the Atlanta Symphony, Atlanta Ballet Orchestra, Greenville Symphony and Chattanooga Symphony. She has been featured soloist at the Georgia Music Educators In-Service Conference, Troy State University Honor Band Clinic, All-South Honor Band and Conductors Symposium and the National Flute Convention.

Kelly served on the Board of Directors for the Atlanta Federation of Musicians, Local 148-462 for 9 years and has held numerous leadership positions with the Atlanta Opera Orchestra Players Association. She is a member of the Music Teachers National Association, National Flute Association and serves as Vice-President of the Atlanta Flute Club.