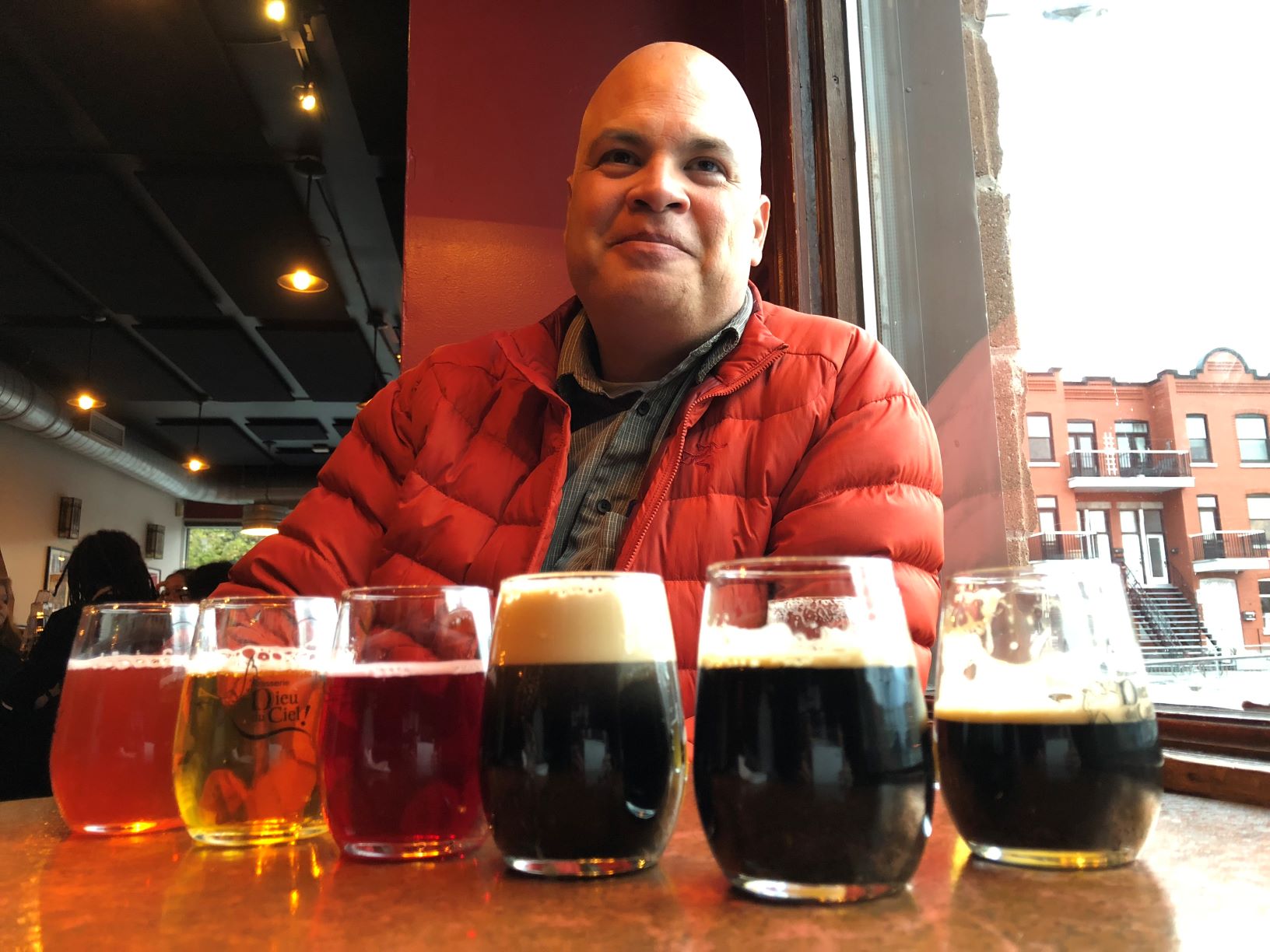 I was originally trained in geospatial technology applications (GIS/Remote sensing) as they relate to the environment. In addition I used spatial statistics to study the environment.

More recently, my research has shifted considerably, to focus on the geography of beer. The key word is geography. Every beer has a geography behind it, and my goal is to research and report on that geography.

I had a lucky break in 2012, when I was asked by a publisher to work on an academic project called the Geography of Beer. In case you don’t know, I love beer. I worked with Dr. Pullen on this project for a couple of years, and in 2014 our book, The Geography of Beer: Societies, Environments, and Regions was published. Our publisher needed to sell 500 copies to break even. Last time I checked we had just passed the 82,000 mark in sales.

In 2014, a friend of a friend, who worked for National Geographic (NG), invited Dr. Pullen and me to travel to the NG headquarters in Washington DC to give a talk on Beer Geography. The result was we were offered a contract to write a book for NG. They funded us to travel the globe for 2 years to conduct research for the book. We logged over 300,000 miles traveling to 6 continents, 42 countries, and 400+ breweries. In 2017 NG published the Atlas of Beer.

Based on the success of these books, we created a course called the Geography of Beer (GEOG 3000). We also developed and led a study abroad trip to Europe to study European beer styles. More recently, we returned to our academic roots, and worked on a second volume called The Geography of Beer: Culture and Economics. This book was published in March 2020. We are starting on our next project called, Meet the Brewer!