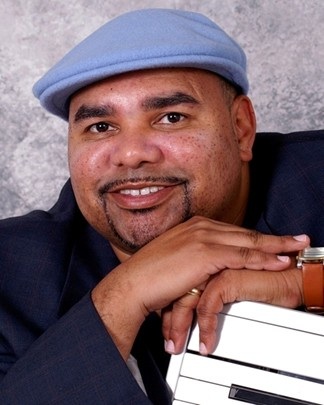 The name Tyrone Jackson is the quintessential jazz piano player. His boundless creativity coupled with harmonic mastery, utilizes the piano as a blank canvas. Jackson is nationally recognized and has traveled the world as a solo artist and sideman. Born in the New Orleans cradle of jazz, Jackson embodies the spirit of the Crescent City. The blends of jazz, funk and afro-carribean melodies are ever present in his work. But of course, musicians are never solely influenced by themselves. Jackson’s teachers are a virtual Who’s Who of great jazz piano players ranging from Ellis Marsalis, Mary Ann Bulla to gospel/classical legend Moses Hogan.

Jackson has recorded 4 Albums—“Dedicated”, “Another Voyage”, “Melody In Nede”, and new release “From The Mind Of.” Additionally, Jackson’s work in “Native Guard” was premiered in Los Angeles, CA at the famous Sage Hills Academy from January 9-15, 2017. He has composed music for two documentaries and a movie entitled "Canal Street".   In addition to his composition skills, the jazz wonder is most known for his compelling solos. Jackson’s improvisational skills allow him to become a part of the song whether he softly highlights ballads or tears through fast-paced standards.

Currently Tyrone Jackson is a professor at Kennesaw State University where he is Lecturer of Jazz Piano and teaches a myriad of classes including: Aural Skills III & IV, Jazz Improvisation I, II & III, Jazz Combo, Jazz Theory, Applied Jazz Piano, Group Jazz Piano and History of the Blues. Jackson is the coordinator for the 1st annual "Jazz Fest At The Nest" jazz festival on May 7, 2022 Jackson is also a clinician and teacher for the Rialto Arts Jazz program for middle school and is a clinician for Clayton County Arts Association.

• Composer for “Tell Me My Dream” Pearl Clege, Alliance Theater