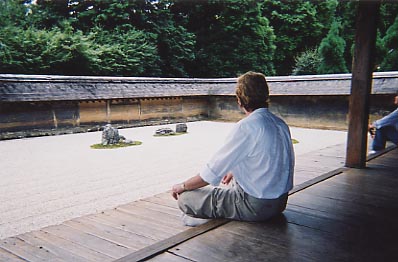 David Jones is professor of philosophy and editor of Comparative and Continental Philosophy (Taylor and Francis), the founding editor of East-West Connections from 2000 to 2013, and the editor of the Series on Comparative and Continental Philosophy. In 2013 and 2015 he was Visiting Scholar at the Institute for Advanced Studies in Humanities and Social Sciences at National Taiwan University and has been a visiting professor at the University of Cape Coast in Ghana, Visiting Professor of Chinese Philosophy at the University of North Georgia, and Visiting Professor of Confucian Classics at Emory. From 1996 to 2008 he was the director of the Center for the Development of Asian Studies, which was a Southeast regional center of the Asian Studies Development Program of the East-West Center in Honolulu. Under his direction, CDAS coordinated a number of faculty development workshops and organized conferences and programs on Asia for faculty and the public in Atlanta, the Southeast, and nationally. David Jones was the president of the highly regarded Comparative and Continental Philosophy Circle from 2006-2017.

In 2010 he was one of fifty scholars worldwide invited to present and participate in the first Daoist Salon in Zhengzhou, China. In July 2010 he was invited to be a Text Seminar Leader for Approaching Dialogue with the Kyoto School at the Collegium Phaenomenologicum in Città di Castello, Italy. In December 2011 he was among a select group of U.S. scholars invited to present and participate in the Society for the Study of Religious Philosophy in Taiwan in its first International Symposium on Chinese Culture and Religious Concord. In 2013, David Jones joined representatives from throughout East Asia to be a participant in "Current Situation and Future Direction of the Humanities in East Asia: Humanities World Report" International Workshop and was part of a small group of scholars invited worldwide to join the Peking Philosophy Department and other prominent Chinese scholars to discuss the work of Yan Fu (1854-1921), who introduced Western ideas (including Darwin’s idea of natural selection) to Chinese thinkers. The Yan Fu Conference was held at Beijing Dàxué (Peking University).

As an author, David Jones writes mostly in the areas of Chinese and Greek Philosophy with other publications in Japanese, Buddhist, environmental, and Continental philosophy. He has published a number of articles, edited books, and co-authored The Fractal Self: Science, Philosophy, and the Evolution of Cooperation with John L. Culliney in 2017.

From 1996 to 2020, he was the Faculty Advisor for the award winning Philosophy Student Association, which was one of the most active student organizations in the country. He now serves as its Senior Advisor. When not working and traveling in Asia, he divides his time between Atlanta and Honolulu where he received his doctorate in comparative philosophy from the University of Hawai'i at Manoa (and where he garages his Harley Davidson and increasingly finds he is spending far too much time away from his motorcycle).