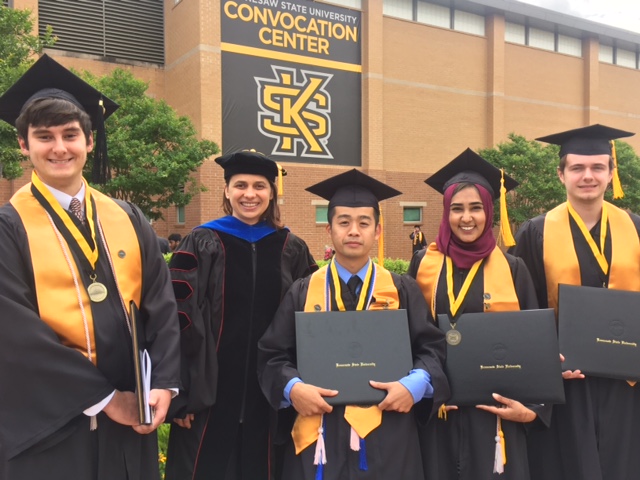 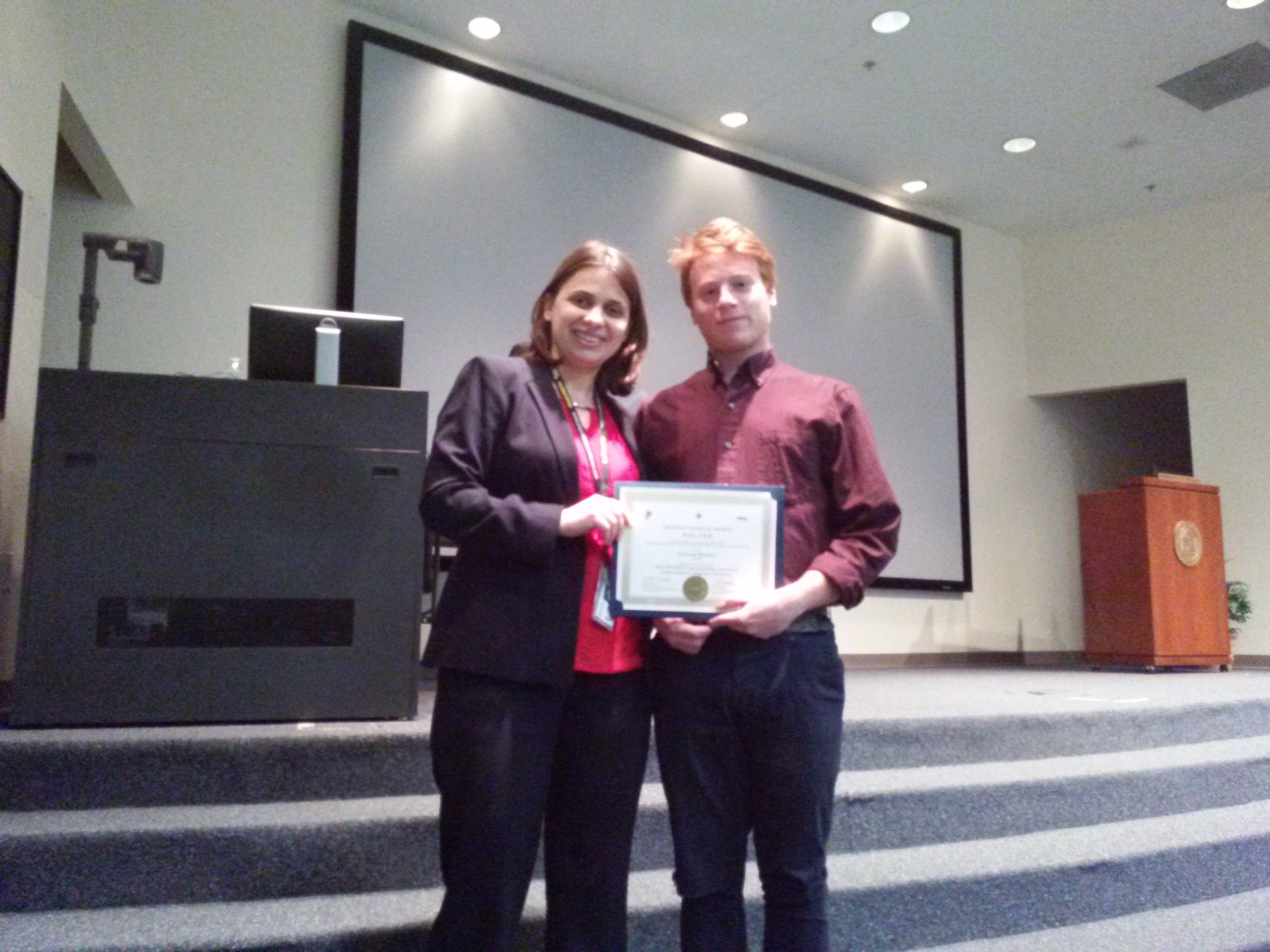 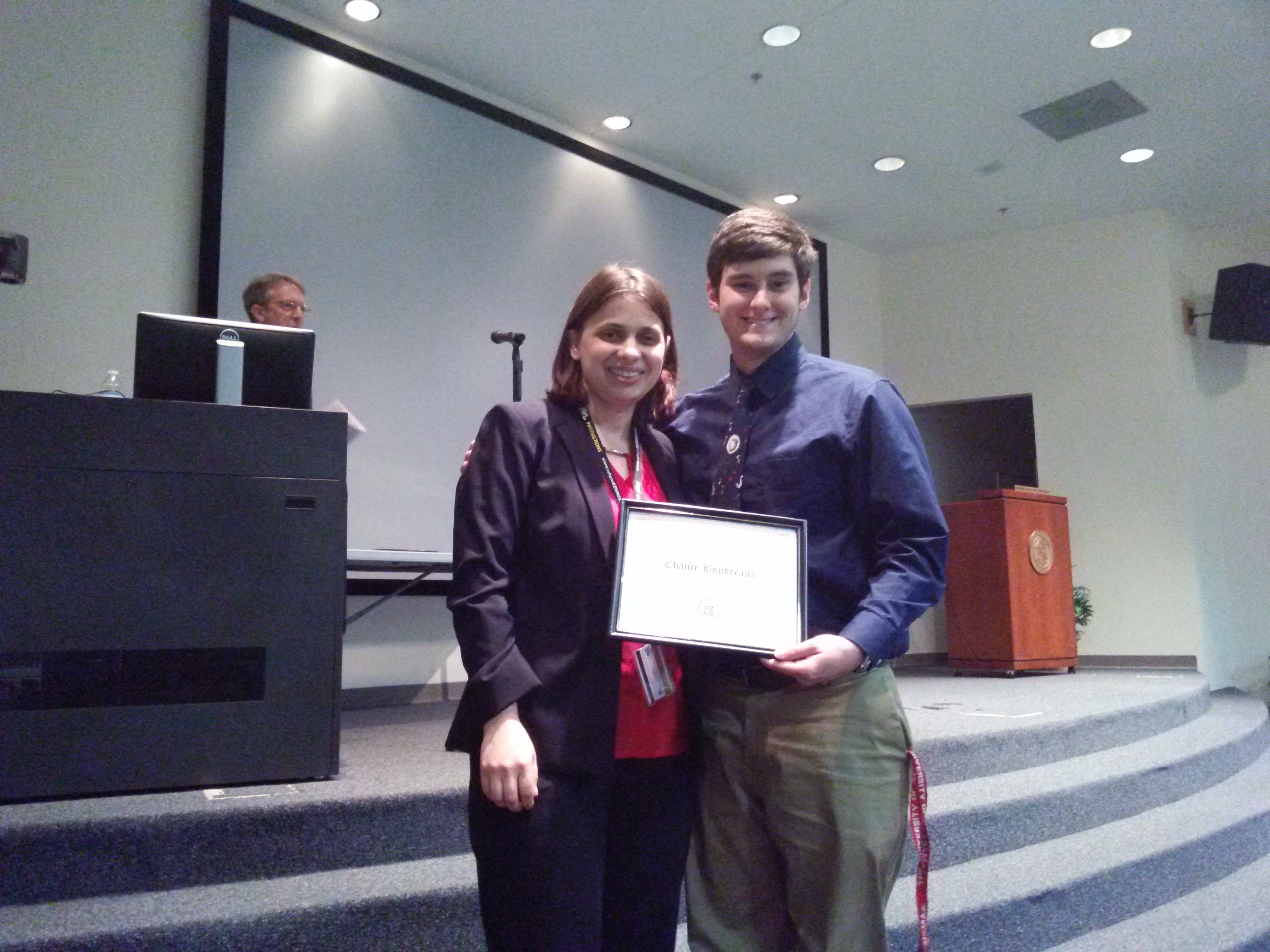 May 2016 news: Congratulations to Graeme Bettler for being one of the ten students accepted into the Birla Carbon Scholar program this summer.

2016 January news Congratulations to Pearl Jean for being accepted into the Science Undergraduate Laboratory Internship (SULI) Program. This program is supported by the Department of Energy and Pearl will spend her summer working in AMES Laboratory, one of the nation's national laboratories. https://www.ameslab.gov/

May 2015: Daniela Tapu is the recipient of a National Science Foundation (NSF) research award. More Information » 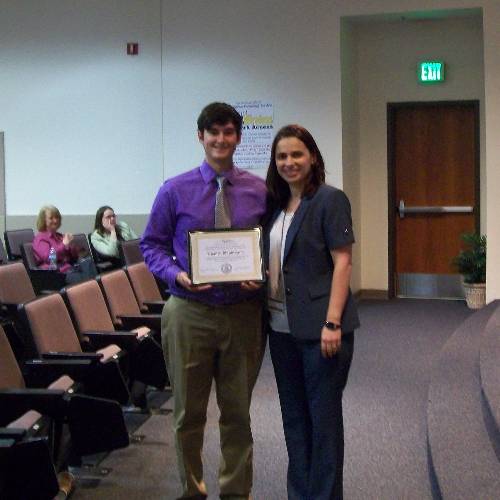 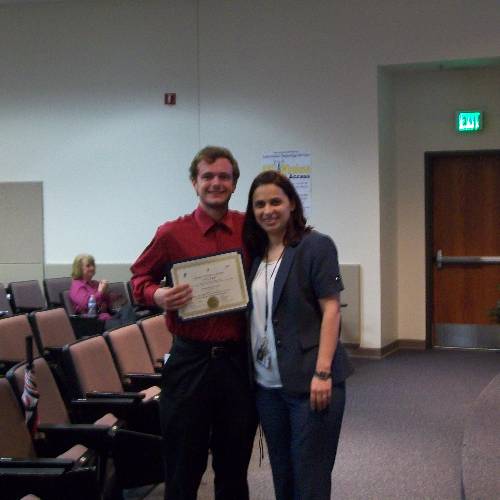 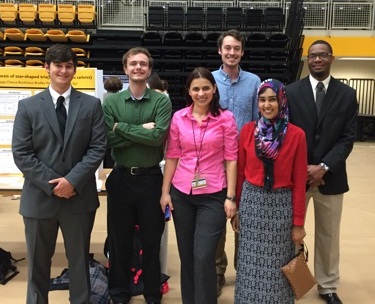 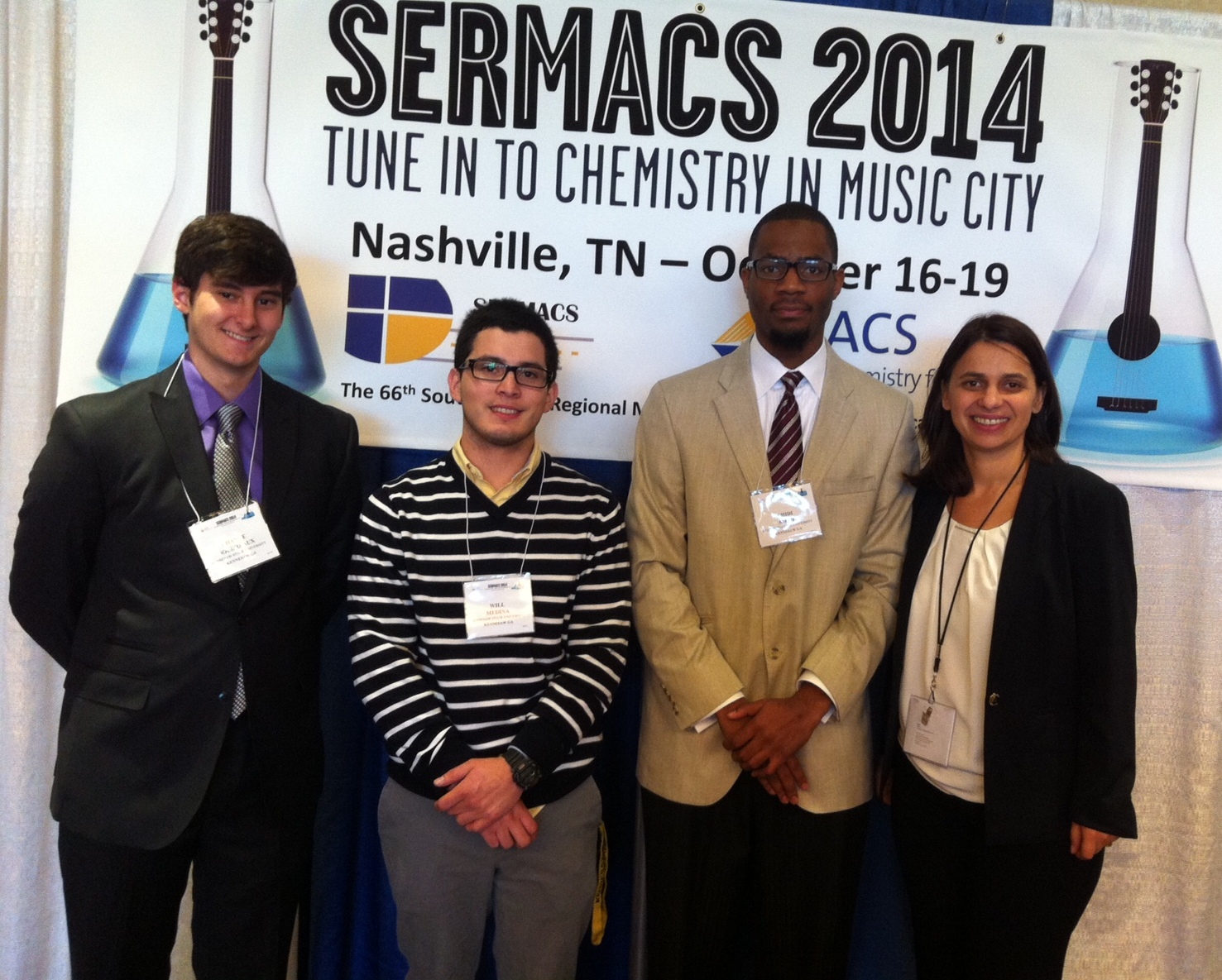 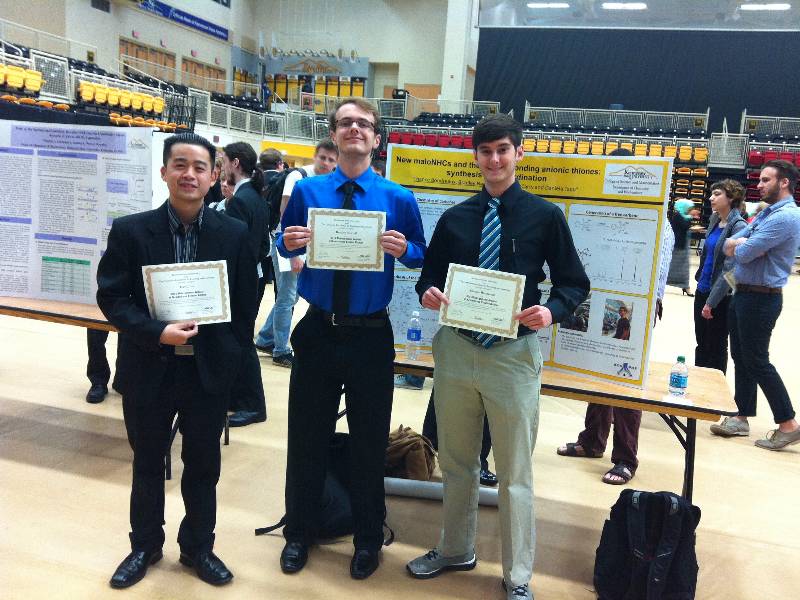 SERMACS 2013: David Lee placed second in the Chemistry division of the undergraduate poster competition at the SERMACS meeting. David's poster was entitled, "Rhodium and iridium complexes of NHC as catalysts in hydrosylation reactions." Congratulations! 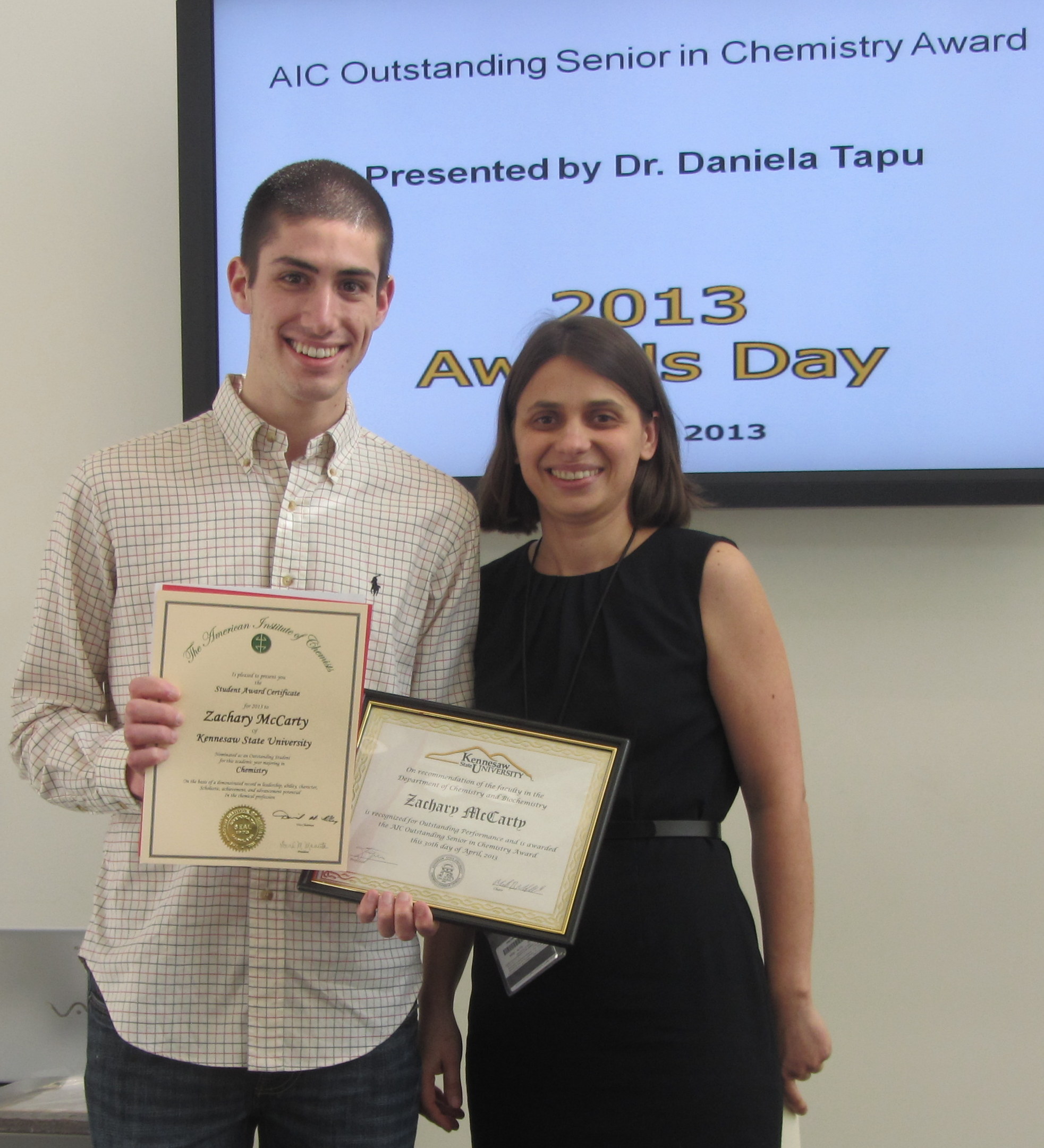 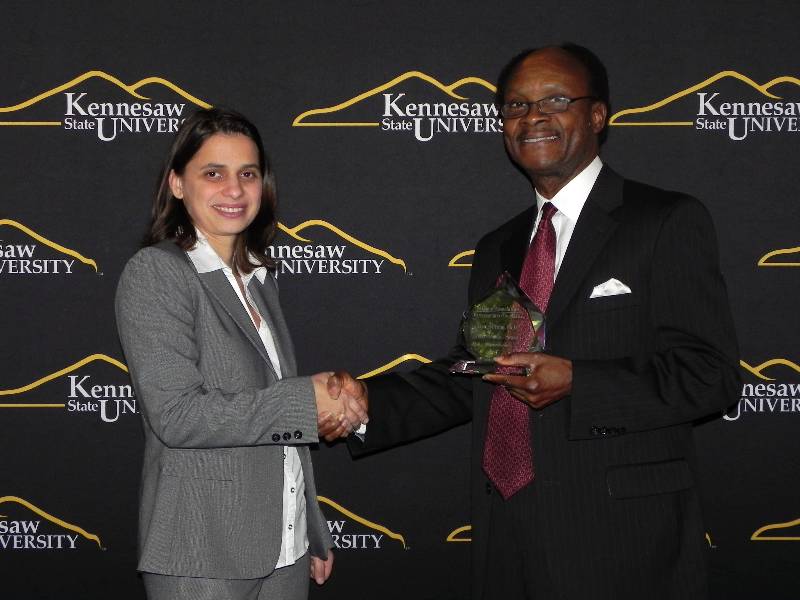 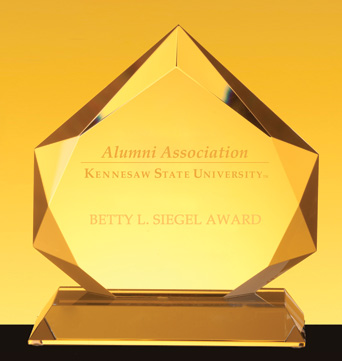 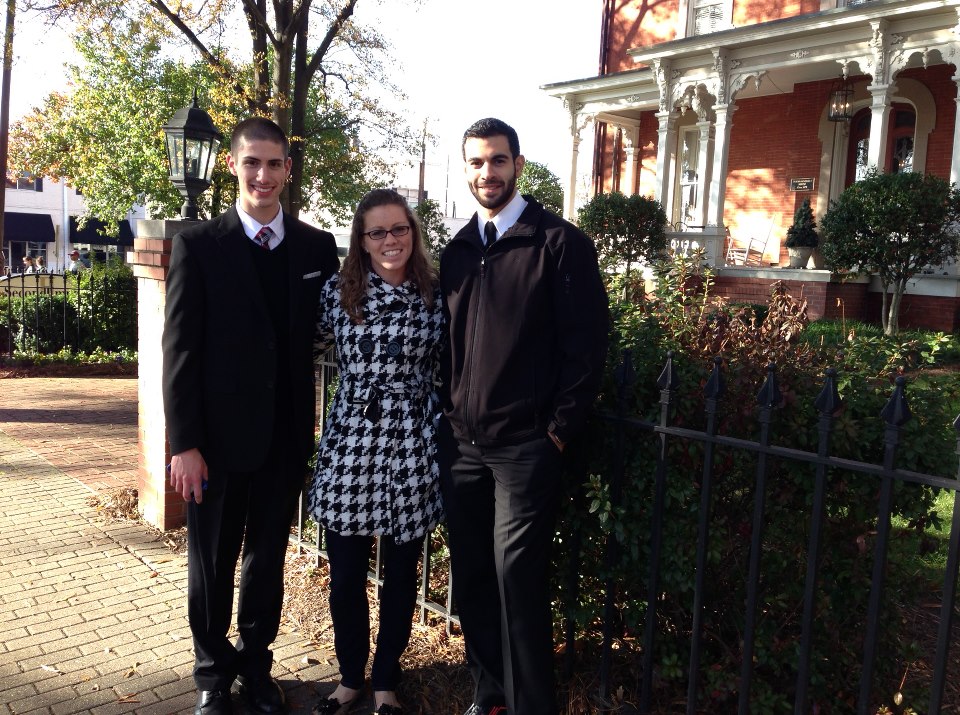 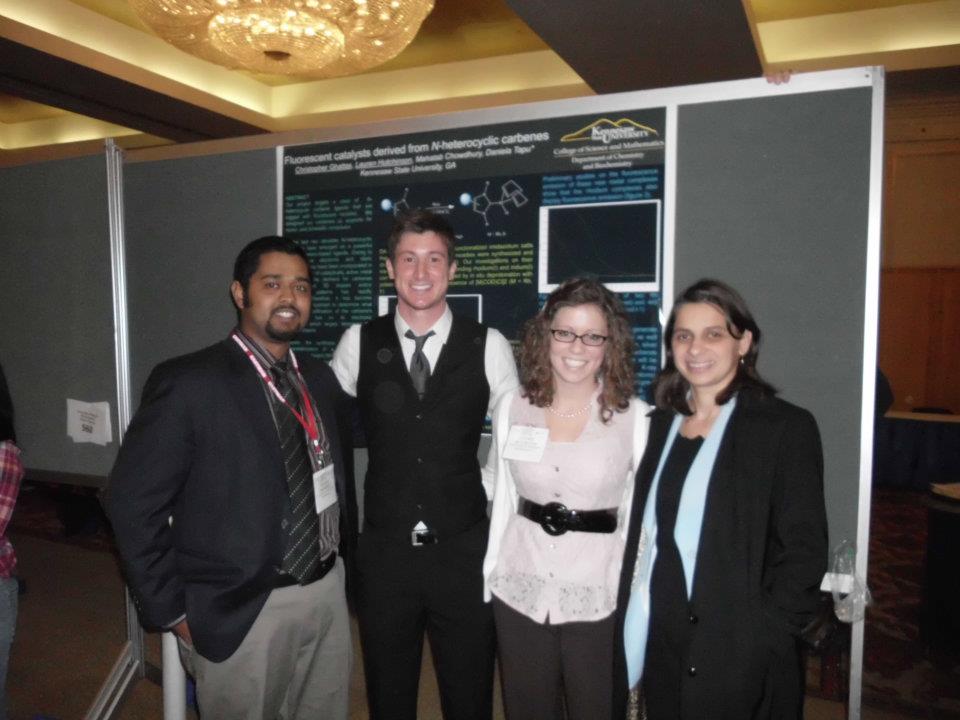 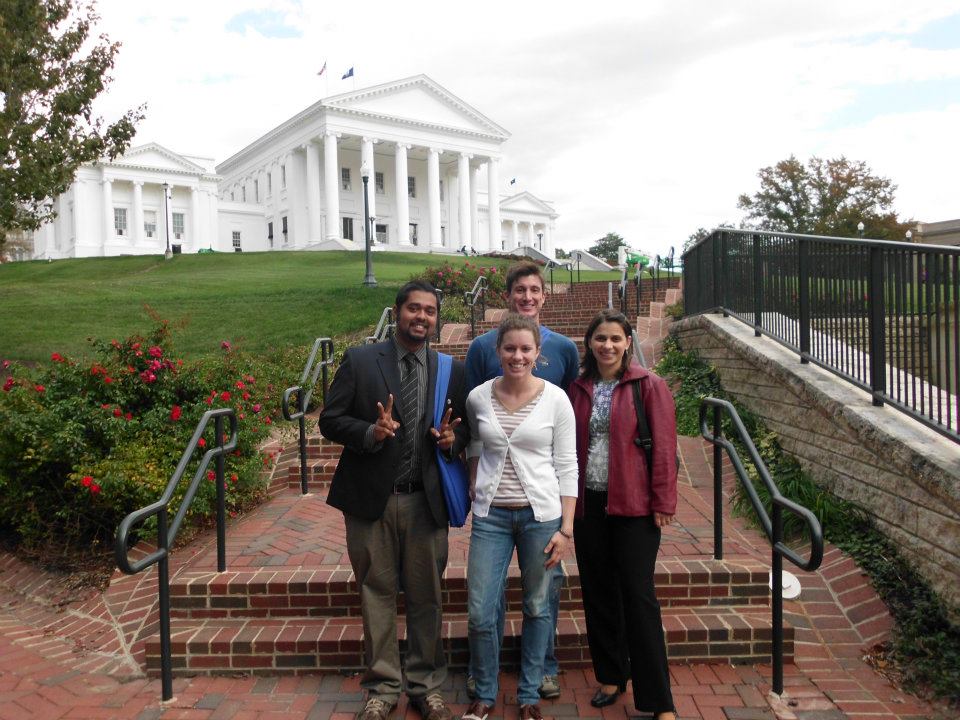 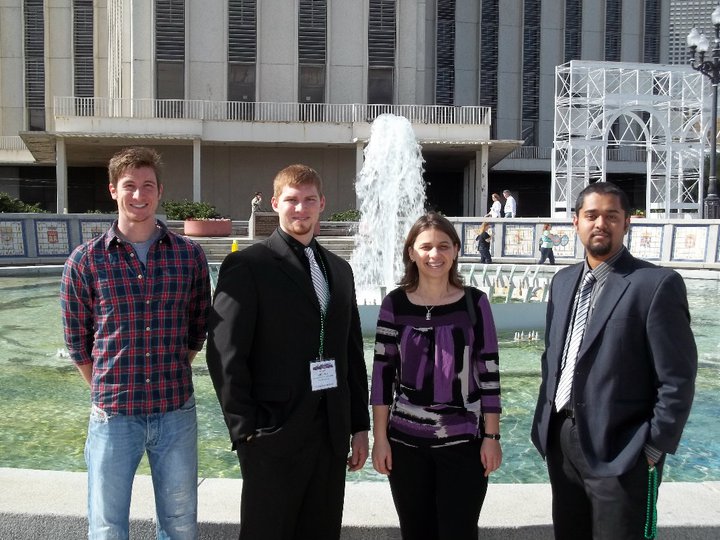