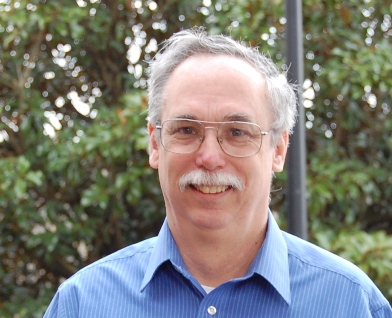 Special Assistant to the President and Provost; Professor of Biology, Emeritus

Office of the President

Dept. of Ecology, Evolution, and Organismal Biology (EEOB)
College of Science and Mathematics

Ronald H. Matson is a professor of Biology Emeritus, and most recently served as the Special Assistant to the President and Provost at Kennesaw State University. A native of Los Angeles, California, he received his BS degree in Zoology and his MS degree in Biology from California State University, Long Beach. His Ph.D. in Biology was earned at UCLA. After leaving UCLA, Dr. Matson did a two-year post-doc at the University of Alabama studying the population genetics and phylogenetics of freshwater fishes. He moved to Kennesaw State University in 1989 as an Assistant Professor of Biology and was subsequently promoted and tenured as an Associate Professor and then promoted to the rank of Professor.  He taught Environmental Science, Introductory Ecology & Evolution, as well as upper-level courses in Evolution, the Biology of Dinosaurs, Comparative Vertebrate Anatomy, and Vertebrate Zoology. His professional publications and presentations are primarily in the areas of vertebrate evolution and systematics. He received several awards for student advising including a NACADA Outstanding Advisor Award.

Dr. Matson's administrative experience began in 1993 when he served as Assistant Chair of Biology. He was chair of the Department of Biology and Physics from 2002 until 2010 and served as Interim Dean of the College of Science and Mathematics from July 2010 until July 2012. In these positions, he served on a wide array of committees and helped to lead the development of the MS in Integrative Biology as well as the building of the Laboratory Science Addition. As Dean, he championed the changes leading to the creation of the Department of Computer Science, revisions to promotion and tenure guidelines, as well as the development of several new degree programs. He assumed the role of Associate Vice President for Faculty in July 2012 and served as Senior Associate Vice President for Academic Affairs from July 2017 until December 2020. In that role Dr. Matson and his team worked with faculty and administrators on developing and modifying policies and procedures such as those dealing with centers & institutes, faculty hiring, and faculty workload.  He was responsible for reviewing faculty credentials, department and college bylaws as well as promotion and tenure guidelines.  He also served as interim Provost and Vice President for Academic Affairs in late 2018 and early 2019 and served as interim Vice Provost for Global Affairs between May and October 2019.  Dr. Matson served in the role of Special Assistant to the President and Provost from July to December 2021.  He officially retired from KSU effective 01 January 2022.

Some Undisputed Features of Evolution

Summary of Natural Selection and Adaptation