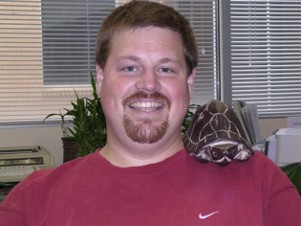 My research looks at the evolutionary paths that have led to physiological mechanisms allowing amphibians and reptiles to survive during the harsh winter environments found in the northern United States. I use a comparative approach, looking at respiratory and acid-base physiology among several species that utilize different mechanisms for surviving during winter months...