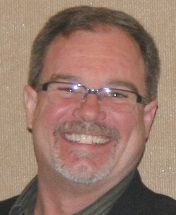 Welcome to my website. I am an Associate Professor of Industrial and Systems Engineering and former Department Chair at Kennesaw State University, Marietta campus. I enjoy interacting and helping students learn to become industrial engineers.

A bit of background on me, most of my professional life was working as an industrial engineer in many capacities then moved into a combination of engineering and information systems.  After graduating in 1981 in Industrial Engineering at the University of Tennessee – Knoxville, my first job was at Union Carbide. I performed classical time studies, calculated savings from employee suggestions, and introduced CAD to the product designers. Later I worked for Lockheed-Martin as a Computer-Aided Manufacturing Systems Engineer and worked on many exciting projects namely the multi-million dollar Manufacturing Assembly Tracking System project.  This was my first real exposure to computer programming and my team designed and implemented this system on the assembly floor of the C130 Hercules cargo plane.  I also worked, with a secret clearance, on the initial design of the F-22 Raptor.

Later, in 1990, I decided to go back to school to get my masters degree at Georgia Tech in Industrial and Systems Engineering. Later, I was asked to work for GTRI/EDI as a faculty research engineer for several years.  My next stop was Oracle Corporation, traveling the world demonstrating their new manufacturing suite of software products.  I had enough of travel and settled in at TSI Logistics, a 3PL company, as Director of IT development, IT operations, and Customer Service.  In the meantime, I got involved in teaching part time at Chattahoochee Tech and later fortunate enough to teach at SPSU in 2008.  I went back to school again earned my doctorate in 2014 in Information Systems Management.